The Science Behind Pizza 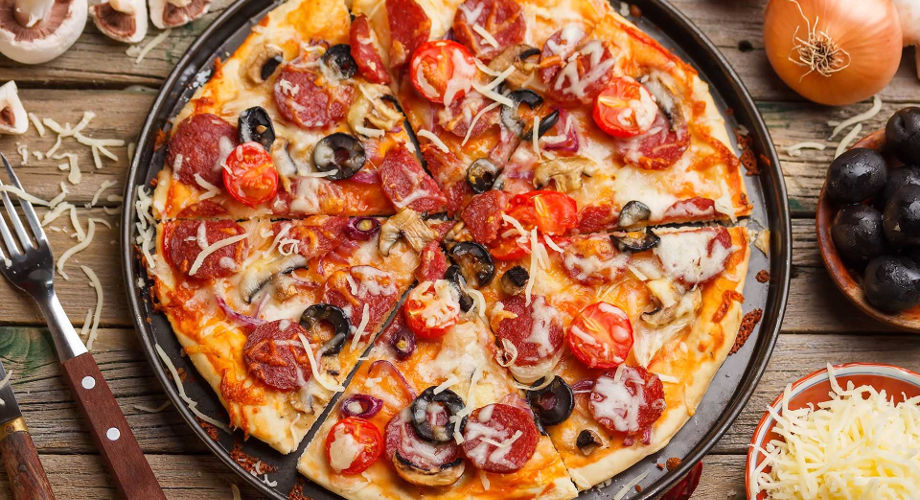 Pizza is one of the most popular, if not the most popular food in the world. That’s what was found by multiple studies conducted around the world including Europe, Americas, Asia and Africa. Everybody loves pizza! Believe it or not but there is a scientific explanation why this simple food is so irresistible to most of us.

It’s a Unique Mix of History and Chemistry

If you think about it better, it’s no brainer really. The thing that makes pizza so irresistible is the perfect combination of ingredients that make the taste buds literally go crazy which in turn makes it nearly impossible to stop at just one slice. According to food scientists who looked at the issue from a scientific point of view, however, there is much more to it than meets the eye.

It isn’t just the ingredients that made pizza the #1 food in the world. It is the chemical reaction that occurs when the traditional pizza ingredients are mixed together and baked. But there is more. Pizza perhaps wouldn’t be so popular if its key ingredients, in the first place bread and cheese wouldn’t be so popular in so many countries for such a long time. Even though pizza as most of us know it today is a relatively recent ‘invention’, its precursors have been around for a long, long time.

Before the Neapolitan Pizza

The story has it that the mother of all pizzas - pizza Margherita - was created by the Neapolitan Raffaele Esposito for Queen Margherita of Savoy when she was visiting the city of Naples in the late 1880s. Esposito made three kinds of pizza but the Queen liked Margherita the most which is how the famous pizza got its name. However, experts who investigated the history of pizza think that this story is an urban legend.

It is widely accepted that pizza is much older than commonly thought. The modern pizza is at least one hundred years older than formerly thought. Also, it wasn’t created overnight. On the contrary, it developed over a longer period of time from a type of flatbread that was added various kinds of ingredients on the top. A flatbread called pizza has been eaten in Naples at least since the 16th century, while similar dishes are also recorded to have been eaten as early as ancient Greece and Persia.