The Science Behind Pretzel 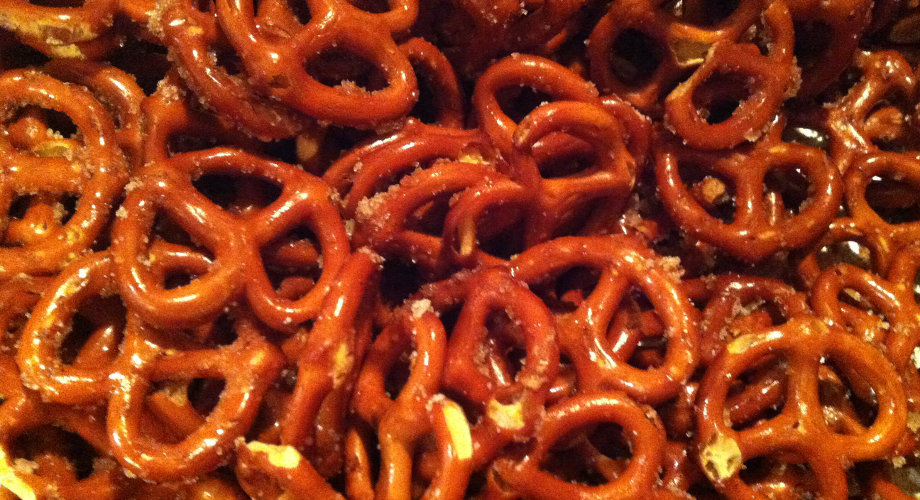 Extremely popular food product in Germany and the United States, pretzel is also a top-selling snack in many other countries, especially in Europe. Typically backed in the form of a twisted knot, the snack is available in many different shapes and sizes. While salt is the traditional seasoning, other seasonings can be used as well including various seeds, nuts, chocolate and others. The science of making the best tasting pretzel has been cracked a long time ago which, however, cannot be claimed for its origin.

Although an extensive research has been conducted on the pretzel’s origin, its early history remains unclear. According to the most commonly accepted story, it was first created by medieval monks. Whether or not pretzel has Christian origin is uncertain but there is no doubt that the snack has a long history as its illustration appears as early as 12th century. It is clearly recognisable in the so-called Hortus deliciarum, a medieval manuscript that was created at Mont Sainte-Odile Abbey in Alsace, France. However, most experts believe that it’s probably even older.

Pretzel isn’t a particularly healthy snack. In fact, it has a very low nutritional value. It does contain some essential nutrients but their amounts are too low to have any significant impact on human health. Pretzel contains lower amounts of fat and calories than another popular but very unhealthy snack - potato crisp but dietitians and food scientists agree that there are other, much healthier snacks than pretzel.

In addition to being low in essential nutrients including fibre and protein, pretzel is also disliked by dietitians because it’s high in sodium, at least the most versions as non-salty seasonings can be used as well. Sodium is important for the overall health and normal bodily functions but too much of it can lead to potentially very serious health problems. Excess sodium intake has been linked to the increased risk of high blood pressure which in turn can lead to heart disease and premature death. Also, pretzel is high in carbs and has high glycemic index, which means that it raises blood sugar levels.

For the above mentioned reasons, dietitians and food experts recommend healthier alternatives to pretzel such as seeds, nuts, popcorn or whole wheat snacks. It’s OK to eat pretzels every now and then if you can’t give them up completely but be sure to treat yourself with this beloved snack only occasionally.